……..The idiot representing the cable company on the other end of the internet conversation, or whichever child of mine thought they would pull a fast one.

I usually don’t have a problem paying my bills, but when I see my already outrageous cable bill is even higher than its usual ridiculously high price, I start scanning the bill.

Yep; someone wanted to watch something on pay-per-view that was $19.95. So, I grab the remote, and try to change the parental controls. Except this clever child of mine changed the 4-digit pin. So I was locked out from my ability to parental control the crap out of the television. So, I go online to my account, and decide to instant conversation with someone from the cable company ( or as we say here: foreign country that understands limited English). In a moment you will see why I say this. 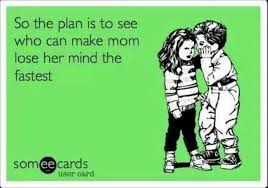 I swear to goodness they do this!

I ask how to reset my pin that my kids changed. I get told that I cannot change my pin without knowing what the current one is. Now let me just say, I will not name this cable company; except to say that they are the second foulest word in the English language that starts with a C and ends with a T. Got it? O.K. 😀

So by now I am getting angrier by the second, and ask this person (aka Maria) if she is telling me that my kids can buy whatever they want on my cable system and I am unable to do anything about it? I will just cut to the chase here, because this was a really, REALLY long conversation. She sent a signal to my cable box; after I gave her my social security number (she said, Thanks, that matches your account! I said “Why wouldn’t it, it’s my social security number?”) No, I felt no desire to be nice to this person, even if she had the ability at her fingertips to cut my cable, phone, and internet and ruin my night.

After 20+ minutes, I am able to reset my pin and start locking things out. I ask her: “How can I see what this PPV program was?” She says (You are gonna love this!)

“What is the title of it that is on your bill?”

Yeah, I am getting angrier, and meaner. So I ask “Maria”:

“If I knew what the title of it was, why in the world would I possibly be asking you for it?”

I never did find out what it was, and unless if it pops up on my bill with the title (which it may not since I paid the bill) I may never know. But I do know without a doubt that it will not happen again. I have locked out every single channel, and they will be watching the religious channel as long as the television is on.

Has someone tried to pull a fast one on you recently?

…then feeling like you are the only person awake in the world 😦 Now I know why I don’t mind working so many weekends.

Being a shift worker, I am no longer able to flip my sleep schedule when I don’t work and sleep at night and remain awake during the day. I have went as far as staying up for 30 hours straight; went to bed at 11 pm, only to wake up at 2am, wide awake and unable to sleep any longer.

Now, I generally don’t mind it too much because I get ahead on my homework, reading, and television shows I missed. I also manage to get the house chores done, and I even made creamsicle cupcakes last night (this morning).

But being bored, and knowing you cannot call anyone, text anyone, see anyone; it just sucks. That is all there is to it. It sucks. It is now 7:30am, one of my girls is up, and I am waiting for my sleeping pills to kick in so I can go sleep for the majority of the morning and afternoon. Only to get to do it all again tonight.

I don’t think I would be so grumpy about it today if I didn’t have an extra night of it because I took a vacation day. The up side; I am on for at least the next two weekends, and think I will take the two after that.

So here’s to wishing you and yours a wonderful weekend, and I promised myself I would get up with a better attitude than I am going to bed with, and make the most of the rest of my weekend. It is pretty much all planned out, so it should go a lot faster.

What are you planning for the weekend?